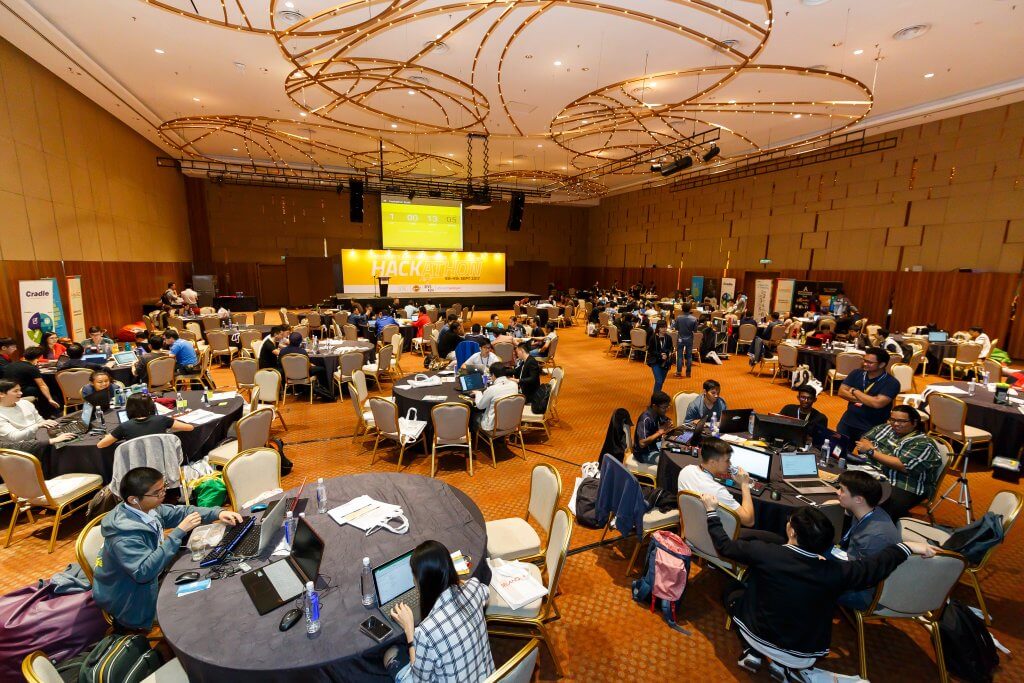 Participants working hard at their prototypes

The hackathon attracted 150 participants, 6 panel judges, and 20 mentors, and saw the formation of 46 teams who competed to develop working prototypes based on two thematic challenges – Smart Cities and Future Commerce. Teams worked on solutions to make cities safer, smarter and more sustainable, and at the same time, explore the use of technology to meet the needs of citizens. 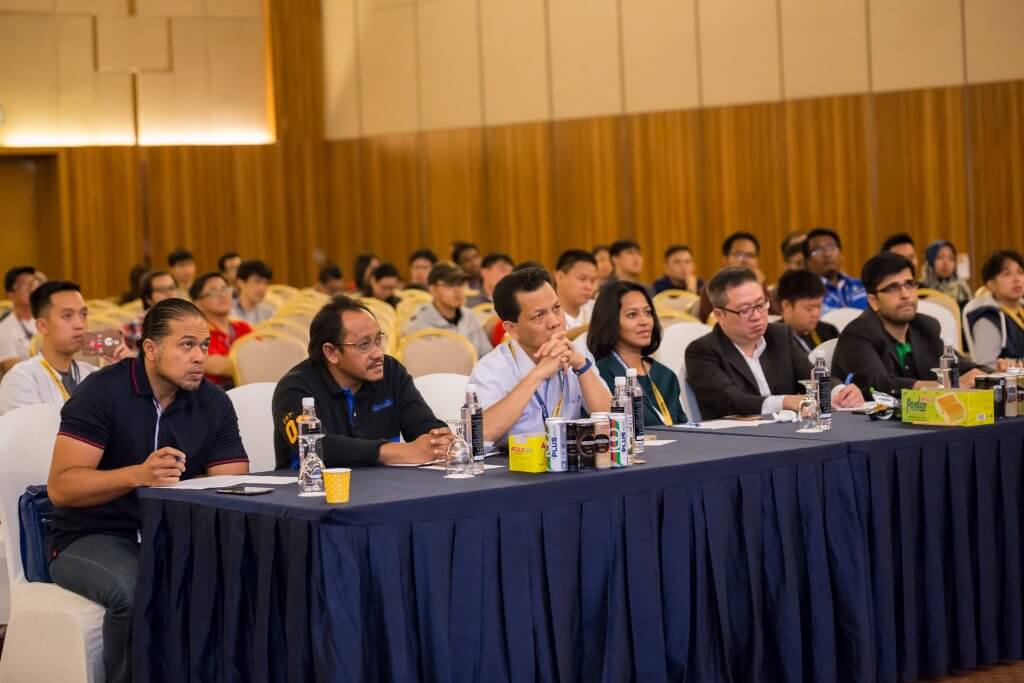 The panel of judges give their attention to a finalist

The opening comments were delivered by the Chief Executive of SITEC, Yong Kai Ping, and comprised an opening ceremony, 2 rounds of demos, and the prize giving ceremony.

Champions ‘SmartSOS’ won RM 5,000 in cash plus a 3-day MVP Development Bootcamp (worth RM 1,899). ‘SmartSOS’ is a platform focused on connecting agricultural products by rural and urban poor farmers to city consumers, in turn helping them to increase the economic scale of their businesses to create better opportunities in order to reduce income disparities between the rural and urban citizens of Selangor. “I’m impressed that a lot of youths took part; many were undergrads and newcomers who took the effort to not only to win, but to get the experience. Any initiative that taps into talent for the future is always a great one, because we seldom see young people putting in the effort to create. Usually, the private sector would organise events like this, and very seldom, governments, so I think this was a great initiative! Governments should really do more to engage youths,”, shared Vishanthini Kanasan, Principal Assistant Secretary of the Penang State Government, who also presided as one of the panel judges for the Hackathon.

The second and first runners up, ‘MyPlate’ and ‘Numbawan Bus’, won RM 3,000 and RM 2,000 respectively.  ‘MyPlate’ is a service to facilitate payments for tolls and parking using computer vision and deep machine learning to recognise and identify license plates, charging linked debit/credit cards automatically when the driver passes a gantry. 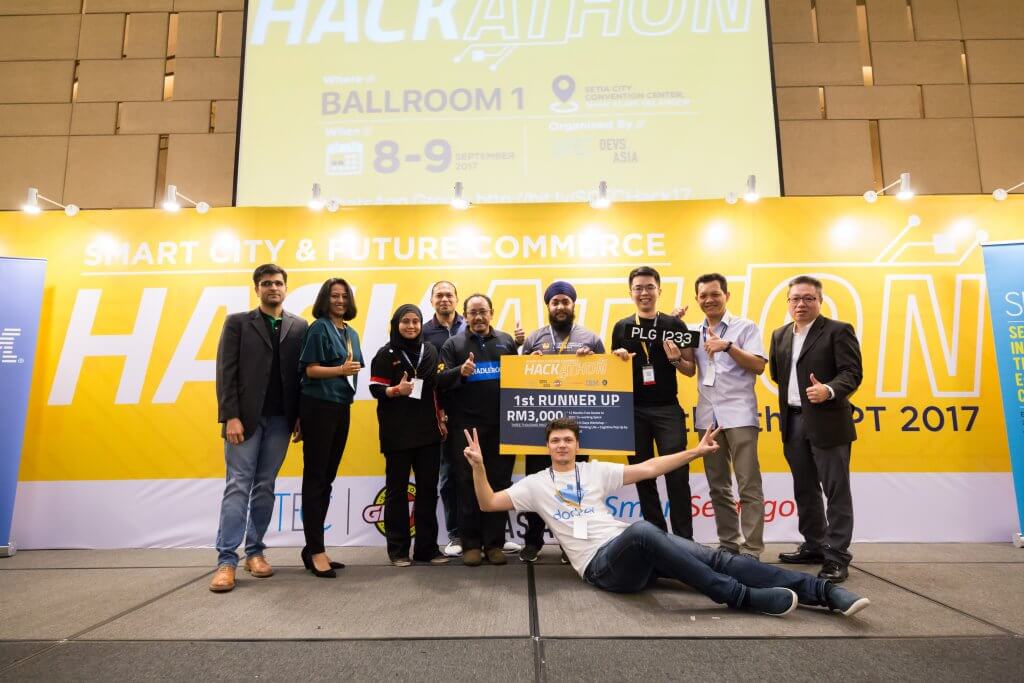 ‘Numbawan Bus’ is a dynamic bus-routing app that facilitates a smooth and efficient bus service for drivers and multiple commuters in a shared area by requesting for a customised bus stop in a convenient location. ‘FacePay’ is a futuristic payment service that enables users to pay for purchases through facial and voice recognition technology without the need for a mobile phone. It also provides for seamless transactions using cryptocurrencies whilst minimising risks associated with it.