The Digital Free Trade Zone (DFTZ) is looking for 1500 merchants to take part in its pilot run, with incentives already in place for those signing up.

The offer, which includes incentives such as 50% subsidisation to Alibaba’s Global Gold Supplier membership, having their offerings featured on the Malaysian pavilion on the Alibaba platform, as well as access to e-Commerce talents and interns trained by Alibaba, was made during a talk organised by the Malaysia Digital Economy Corporation (MDEC) and Alibaba.com authorised partner URC E-Commerce (M) Sdn Bhd at the Selangor Digital Creative Centre (SDCC), where the benefits of joining the pilot run were explained to a crowd of e-merchants.

During the presentation, Carol Fung Head of Seller Adoption (e-Commerce and DFTZ Division) of MDEC talked about the DFTZ, along with its planned phases and the benefits of the system in general. Styled as a means for local merchants to reach the global market through a centralised free trade zone where facilities such as warehousing and logistics are available for the e-merchants, providing marketing, fulfillment, payment, and declaration services through cooperation among the various government services.

According to Fung, the decision to go with Alibaba as the strategic partner for the DFTZ was a decision based on numbers.

“The gross merchandise value (GMV) of Alibaba beats Amazon and eBay combined,” said Fung, pointing out that Alibaba’s total GMV for 2016 came up to US$547 billion, compared to Amazon’s US$250 billion and eBay’s US$84 billion.

She also revealed that Alibaba’s peak sales in 2016 came during November 11th, or Singles’ Day, when retailers on the platform recorded a GMV of US$17.8 billion, compared to US$2.74 billion and US$3.07 billion generated online during Black Friday and Cyber Monday respectively.

As such, Alibaba became not only the strategic partner for the DFTZ, but also the operating platform that e-merchants signing up with the DFTZ will have to register with. Alibaba is already providing services such as Financing 3-1-0 (3 minutes for application, 1 second to transfer funds upon approval, and 0 manpower to handle the application) and establishing themselves as the frontrunner of electronic world trade platforms (eWTP) in China.

David Foo, a local merchant who now has four accounts on the Alibaba platform, was also there to share his experiences with the platform to the e-merchants gathered. Among the services and perks he finds attractive about the platform include how the platform can help sellers et buyers for authenticity, providing sellers information like the buyer’s behaviour in the past 90 days, the feedback from other sellers about the buyer, as well as allowing the seller to compare the buyer’s country of origin with their IP address, which “tends to be a red flag for sellers about scammers”. 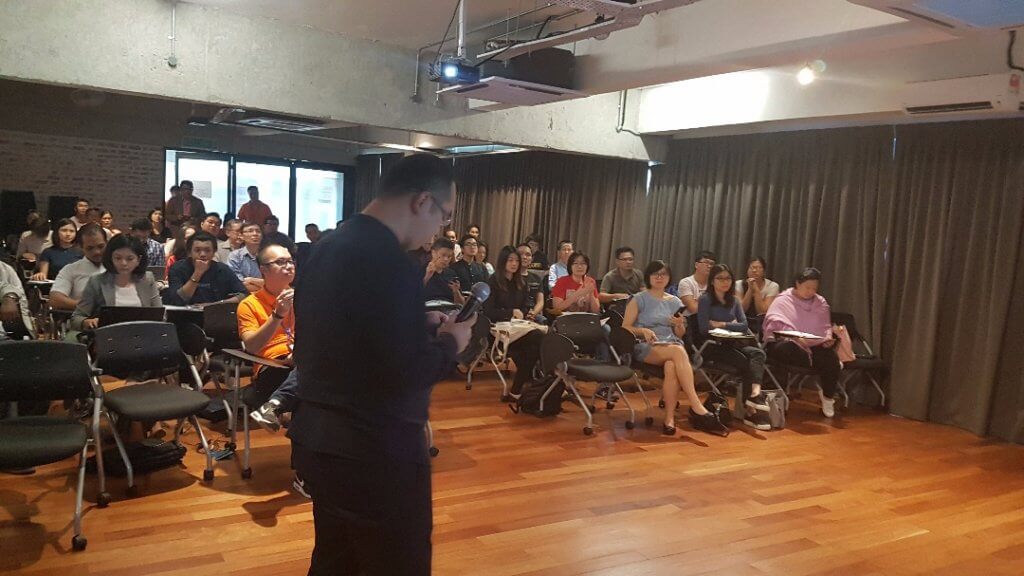 Another attractive feature was how Alibaba was how Alibaba is very protective of its partners’ patents. Foo noted that complaints about other merchants selling “your patented goods” will be entertained, “as long as you can show proof”.

The sharing session ended with another call for interested merchants to submit their documents before Sept 30th (authentication and verification can take up to five working days) to take advantage of the incentives, which are on a first-come, first-serve basis.

“If you want to go on this journey of e-Commerce, the time is now,” said Song Hock Koon, director of MDEC’s e-Commerce and DFTZ division, who was also present at the event.