Over 150 participants turned up for the 11th E-Commerce Class organised by the Selangor Information Technology and E-Commerce Council (SITEC) on 12th July 2016, including a delegation of 30 students from Tunku Abdul Rahman University (UTAR). 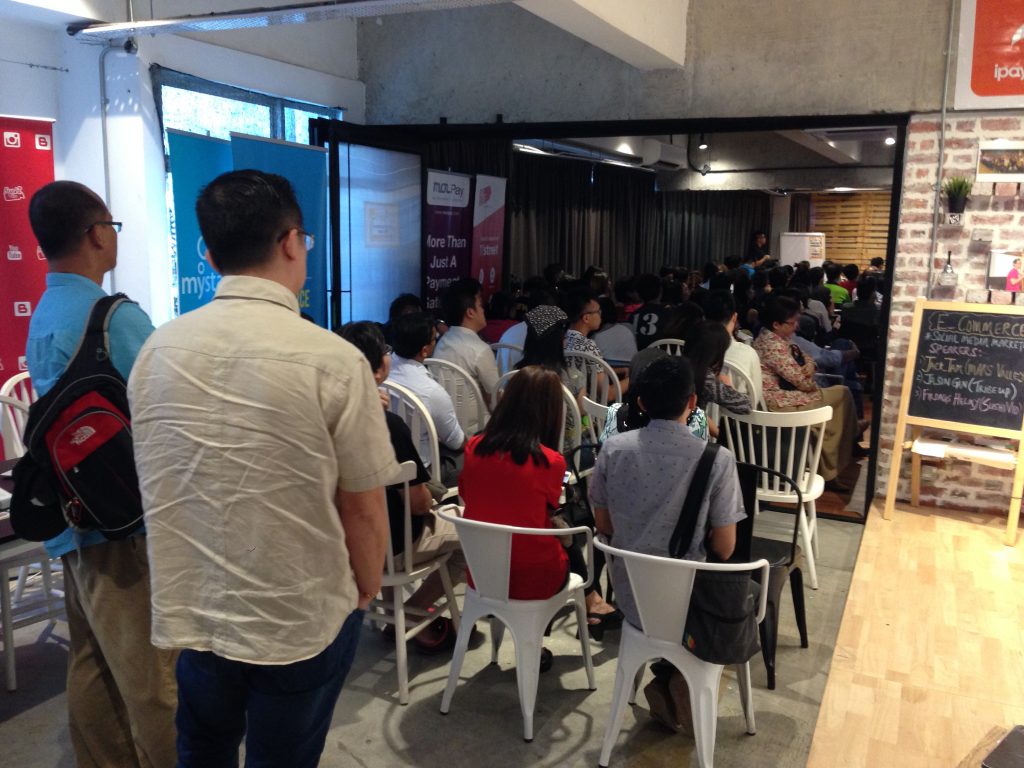 The class, which was on the topic of Social Media Marketing, saw three speakers sharing their experience and knowledge to a very packed hall.

First speaker Jack Tam, Chief Executive Officer of Mars Valley. opened the session by laying out the groundwork of social media, and its importance in modern day marketing.

“An increasing amount of time spent on devices is spent on social media, and with everyone having at least one social media account, information can reach across the world very quickly. It is no longer the age of the internet, it is the age of social media,” said Tam (left), who stressed the importance of maintaining a good image for the business on social media as well, indirectly referencing a recent mega social media gaffe involving a local telco.

Second speaker Jason Gan, Chief Executive Officer of Tribeup. followed up where Tam left off on the importance of social media. Gan talked about Facebook marketing, and whether or not a business was suitable for Facebook marketing.

On the topic of suitability of Facebook as a marketing platform, Gan ran through some criteria for companies to decide if Facebook marketing was for them or whether they should be looking into something else. He also touched on some areas where companies can stand to improve in Facebook marketing and offered solutions for such problem areas. 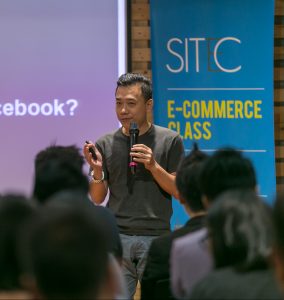 Gan went over several items, such as the importance of A/B testing as a part of “hacking”, and the importance of proper copywriting and pictures on the ads themselves. Underlying all that, according to Gan, was to know the objectives of the marketing, and to know the target market, so the business will be able to stay on target.

Gan then spoke about several Tribeup offers, as well as Tribeup Academy, where the company organised small classes that went more in-depth into Facebook marketing.

The third speaker was Firdaus Helmy, head of brand partnerships with SushiVid. Firdaus spoke about social media influencers and the role they can play for businesses looking into social media marketing. 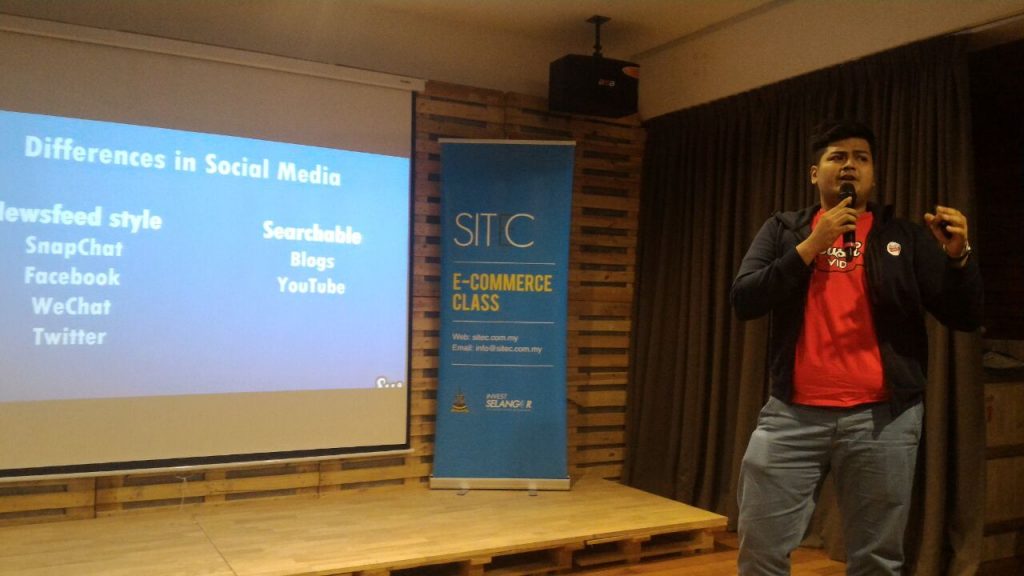 Firdaus (above) also touched upon the importance of the right platforms for the right target market, and also spoke about SushiVid’s platform. Though the company started out working with Youtube-based influencers, they have since moved to encompass influencers on other forms of social media as well.

At the end of the class, the event organisers held a short quiz session where the top winner went home with a Terminus bag sponsored by Bagman, afterwhich Certificates of Appreciation were handed to Kevin Ong, Niu Wei Song, and Lee Meng Kwang for attending at least 5 EC Classes in the year. The winners of the quiz, as well as the three who received certificates, will also receive three months of EasyStore’s Plus Plan for free.