On the 24th of April, the Selangor Information Technology and E-Commerce Council (SITEC) held its E-Commerce Class on Social Media Marketing at the Selangor Digital Creative Centre (SDCC), which drew a crowd of 140 attendees.

Coach Bryan Tan, marketing manager of Locus-T, started the class off by speaking about the prominent place social media has taken, with 97% of people on social media using Facebook as their choice.

He then moved on to describing relevant ad sources, touching upon the various ways through which ads can reach the consuming public, such as through Facebook, the TV, Youtube, other social media, print magazines, the radio, online news, outdoor ads, and other websites.

Noted as well was how Malaysians are constantly using Facebook, with 94% of Malaysians discovering new products or brands through the platform, with best-selling items coming under the categories of dining, fashion, and skincare.

Tan then elaborated on the Facebook Full Funnel Solution, noting that “the customer journey is fragmented across devices and channels, lending credence to the omnichannel approach”.

“This makes it important that you determine the objective of your ads campaign. Is it to increase sales? Increase traffic? Increase exposure? This needs to be decided or your ad campaign is in trouble,” noted Tan. 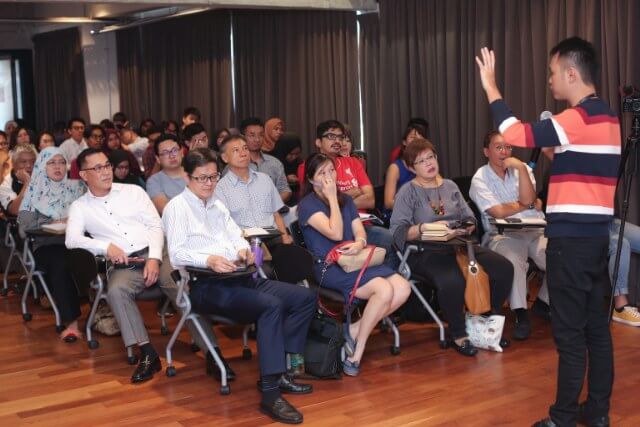 He also spoke about the Facebook Sales Conversion Funnel, noting that proper strategies and accurate utilisation of ad types, a Facebook marketing campaign would not only allow relevant target audiences to discover a brand or product, but also get them to really consider a purchase, leading to a conversion.

These ad types target different stages of the funnel, with video ads, canvas ads and link ads crafted for reach and frequency meant to raise awareness of the brand or product, while carousel ads and canvas ads can be targeted to those in the considering phase. Canvas ads and link ads can also be made more conversion-focused, and can then be targeted at those in the conversion phase alongside remarketing ads. Link ads can also be crafted as lead ads, and targeted at loyal customers alongside remarketing ads.

Michelle Chuah, founder of Supermodels Secrets, then shared about Instagram Marketing as another avenue of social media marketing, with her own experiences of marketing through Instagram.

She started with several best practices and must-haves for a business’ profile page, such as a username, kept to two words, that states the brand or company name. This, she shares, makes it easier for potential customers to search for, and thus, remember, the brand. She also pointed out the sub-name plays a very important role in search engine optimisation, with Chuah calling it a “powerful, free SEO tool”.

Chuah also noted that there were several must-haves on the Instagram profile, such as the company’s name, the service or products being offered, as well as the benefit or purpose of those products or services. This allows the customer to tell, at a glance, what the company does. Another important component is an alternate way to contact the business. Normally, this would mean leaving a phone number in public, but Chuah shared an interesting tip, which is to leave a Whatsapp call to action link, which solves the issue of revealing a phone number.

Another tip Chuah had was centered around crafting and timing posts and updates. She suggested posts that help the company to connect with the community, such as posting fun photos and working with influencers, to achieve organic growth. With regards to timing, Chuah noted that a company should be consistent with updating, and suggested in the morning and the evening as optimal times to post content.

On the topic of gaining followers, Chuah noted that it was important to know and follow your target market. Finding friends and adding existing customers can also lend credibility to the Instagram account, while also allowing for remarketing. Chuah also noted the importance of engaging the target audience by liking, commenting, and following them, or using InstaBot to do it automatically. 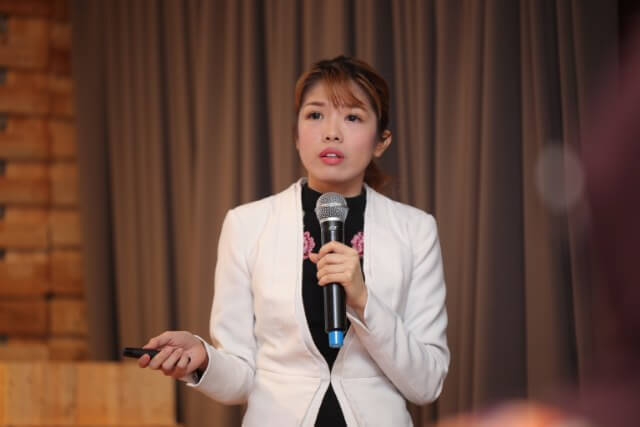 Hashtags are also a valuable tool, as it is the basis of the keyword search in Instagram. Not only is it good for organising photos, it also allows a business to seek customers through common interests and keywords. Other options include using customer reviews and a reward programme, such as the system Supermodels Secrets uses, with Chuah adding that contests are also an option for gaining followers as well.

Another tip offered was to also mix in behind the scenes photos, such as of the office space, a modelling session, and the stacks of packages to be sent out, as a means of lending credibility to the company, as well as to the Instagram account. Here, photo style trends should be noted and followed.

Chuah also offered a list of useful apps for use with instagram, such as PITU, Instarepost, Hyperlapse, Jarveebot, Typorama, and Pic Collage, each of which can be used to add various additional effects to Instagram posts, with Instavideos also noted as a strong tool, which can be used for brand awareness, product/service demos, and showreels. Videos can also be reposted, and Chuah also noted the usefulness of viral content as a means of increasing brand awareness.

Videos are marketing tools too!

Anderson Chow, founder of SuperVideo, spoke about video marketing, which he notes is “a continuous and consistent effort to attract, engage, and convert customers using videos, and a part of overall, holistic marketing efforts”.

The focus in video marketing, according to Chow, is storytelling, with the story being the business itself, and engaging the consumer through that story.

Chow then spoke about the stages of development for a marketing video, namely: researching and understanding the target audience, aligning that research to the business strategy, ideation based on the research, shooting the video, and optimising the video (such as determining the timing for release, and ad timings).

He also shared several best practices, such as focusing on certain goals and getting insights into doing so, as well as being creative in how the story is told.

“Not only does it have to make sense to your target audience, your video should also entertain them. Engage your audience, make it relevant,” noted Chow, who also advocated producing your own content.

He also reminded attendees to track metrics and analyse statistics, so that future videos can be optimised further.

Chow also noted the benefits of video marketing, such as promoting stronger brand recall and increasing organic traffic, with videos performing well across all devices, thus allowing for increased exposure and increased sales.