How to Be a Better E-Merchant: Perspectives from the Marketplace

While going online and starting an e-Commerce business can be achieved quickly and easily, many merchants have learned that growing and sustaining that business can be likened to the Trials of Heracles.

However, as the saying goes, pressure produces diamonds, and there have been e-merchants who have taken to those challenges and flourished, devising and implementing methods and systems that help them to manage and grow their businesses.

But just how do some merchants rise above others and become recognised as leaders in their industries?

The SITEC Media team speaks to Richard Wong, Chief Operating Office of Youbeli.com, who has seen the rise and and fall of e-merchants on a marketplace, to get better insights on the matter.

Aggressive Engagement: Not a single-channel effort

According to Wong, one common trait of merchants who sell well on Youbeli is aggressive engagement. However, Wong also emphasises that it is who they engage aggressively with that plays an important role too.

It is often not enough to just engage with customers – staying updated and in touch with their marketplace platforms helps the merchant be abreast of the latest news, activities and notices the marketplace has.

Youbeli, for example, reaches out to their merchants to update them on the latest free training classes (which are usually held twice a month), advanced seasonal campaigns, tech & platform updates, and more.

All merchants should bear in mind that marketplaces and merchants share the same fundamental goal — to increase sales. Hence, Wong strongly advises that merchants communicate and collaborate closely with their marketplaces to leverage on these free and beneficial resources, as, ultimately, the merchants benefit too, in terms of not just sales, but establishing themselves a reputable and reliable e-tailers.

On a recent campaign by Youbeli for merchants targeting the gaming market, Wong shared that promotional campaigns were hashed out between Youbeli and their merchants.

“We know when games are being released, and we know when tournaments are being held. Promotional campaigns can be tailor-crafted for the merchant and Youbeli to make good use of this information.”, quipped Wong, on the extra service they provide to help their merchants sell better.

In some promotions, Youbeli generously covered the shipping costs for a merchant when they worked on a promotion, like for example, when they offered three games for the price of two in a recent promotion. 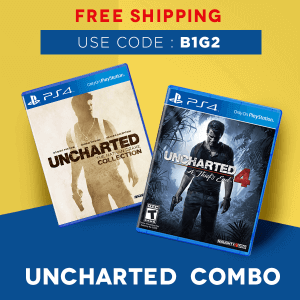 A gaming promotion by Youbeli for the purchase of the PS4 game, Uncharted.

A common trait that Wong has observed amongst high-grossing merchants on Youbeli is the provision of excellence in service, instead of merely offering a product up for sale.

“Online consumers rely on information a lot, so the information on the website has to be descriptive, with clear photographs, and this all falls on the merchant, not the marketplace.

“Other things like shipping timeframe, additional incentives, and warranty periods are all information that consumers look for. People tend to compare, and in the end it is how you present your product that catches the attention of the customer,” he added.

Example of how a merchant (CK Multimedia) excellently provides descriptive and clear product information and photos of their product, the iRocks gaming keyboard

According to Wong, e-merchants commonly operate on the notion that they only play the role of a supplier, and they often expect marketplaces to play the entire customer support role.

This can be problematic, because there are times when the customer requires very specific information or assistance, which the marketplace may not be able to provide. This then leaves a less-than-desirable impression by the consumer on both the merchant and the marketplace.

“Whether the situation is good or bad, a merchant should always engage the customer and do their best in solving or answering the issue. Ultimately, they want to contact someone and get a response. Rather than making us respond, merchants should be able to step up and answer.”

“Merchant-side customer service is crucial, as, at the end of the day, it comes down to human interaction and the perceived value and service your customer feels. We are all social beings, and that human touch is necessary,” he added.

Yet another common trait that Wong has noted in e-merchants who do well is that they usually have a brand that is established. This, he explains, befits consumer behaviour, where brand recognition remains a key factor in the decision of purchasing a product.

These merchants understand that and have taken steps to establish their brands in their particular categories.

“There are merchants who not only go broad (covering a wide range of brands) but also go deep (offer more than one or two models or items from those brands). Either way, by keeping to one or the other, it establishes that merchant as a brand able to deliver. Consumers are more likely to return in that case,” noted Wong.

Another way to establish a brand would be to have unique offerings, such as selling things that others are unable to sell. Alternatively, merchants can consider being able to sell new items first, which can establish that brand as a leader in that segment.

Youbeli, as part of their collaboration with the merchant, send out pre-alerts a month before, as well as a few days before the release of a game or console, with promotions going on during that period.

“We cooperate with vendors on the promotions, which we renew through agreements quarterly,” added Wong. 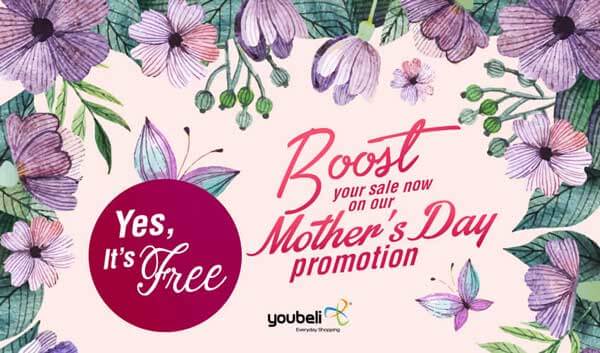 An example of Youbeli’s merchant outreach efforts, where they invite merchants to participate in seasonal campaigns through newsletters, email and phone

Excellent Communications as part of Foundation for Success

The importance of communication, regardless of whether it is the customer or the marketplace, stands out throughout the entire interview with Wong, who stresses the importance once again with his closing words.

“At the end of the day, it comes down to how well we communicate with the people we work with, and how to engage them effectively,” said Wong.

—-
SITEC SIFUS is a new series of stories featuring leaders, experts and specialists in the industries of education, smart/green tech, e-commerce and startups by SITEC Media