SDCC, Shah Alam, 25th May 2016 – In conjunction with the successful realisation and completion of the Malaysia-Taiwan Internet & E-Commerce Summit, three Memorandums of Understanding (MoUs) were signed to mark a future of cooperation and goodwill between several companies from Malaysia and Taiwan.

The summit, held at Berjaya Times Square Hotel recently, was co-organised by Selangor Information Technology and E-commerce Council (SITEC), and the Taiwan Internet and E-Commerce Association (TiEA), and hosted by the Commerce Development Research Institute (CDRI) under the auspices of the Department of Commerce, Ministry of Economic Affairs, R.O.C.

Leading the Taiwanese delegation, made up of representatives of 28 Taiwanese companies, was Jamie Lin, Chairman of the TiEA. The summit saw a grand total of 400 people in attendance, with the special guests also witnesses to the three MoU signings.

The first of the three MoUs was between uitox Taiwan and Lazada, 11street and Gemfive, with the second between SmartM Taiwan and local startup Wofollow, and the third between Tagtoo Taiwan and FG Media.

Teng also stated that Selangor as the choice for investment was due to its strategic location, and also the reasonable cost of doing business here.

“E-Commerce is an opportunity to expand the market and shorten the distance between businesses. It is also a good tool for businesses to gain recognition in their respective markets,” said Lee.

“This is a great opportunity for Taiwan to develop its own products and services, instead of following the paths of America and China. With the retail form in Southeast Asia similar to Taiwan, it is definitely conducive to a collaboration between Taiwan and Asean,” said Lin.

uitox also took the opportunity to announce its “Taiwan Select” program during the summit. THis program aims to curate the best of Taiwan’s products to be sold on local e-marketplace platforms Lazada, 11street, and Gemfive, in a bid to enhance local awareness of Taiwanese offerings. 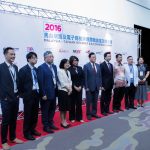 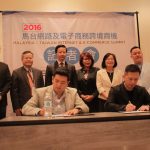 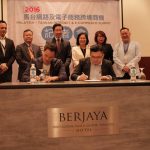 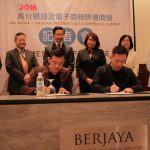 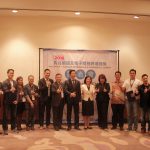