ECC 1 [2016]: From Backroom to Boardroom: An Entrepreneur’s Journey 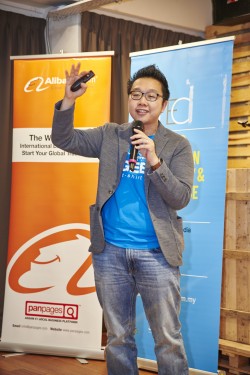 Many stories of tech startups, especially from America, tend to have the entrepreneur beginning the journey in a garage.

However, for founder and CEO of the Exabytes Group of Companies, Chan Kee Siak, his had started out in his bedroom.

“I came from a hawker family, and I had started helping my parents and my aunt, who runs a clothing store, when I was younger.

“So you can say that I had my eyes opened to the world of commerce at a very young age,” related Chan (pictured, left) during his presentation at the Selangor Digital Creative Centre at the Selangor Information Technology and E-Commerce Council’s (SITEC) first E-Commerce Class of 2016.

Chan regaled participants with the story of how he had started his first company crafting, troubleshooting and repairing personal computers at the age of 19, often in the small space of his bedroom, during his initial year in University.

Now, the talented 30-something leads Exabytes, the largest hosting provider in Malaysia.

“In the past, when your computer breaks down, you call the technician and he comes by to fix it.

“After a few times of this happening, I eventually figured out how to do it myself,” said Chan, explaining that it was “pretty OK” for a first-year student at a university, being able to make between RM200 to RM300 for each commissioned PC, or between RM50 to RM100 for each serviced computer.

However, he soon realised that what he was doing was not a very lucrative a business plan.

“For one, I had no recurring income. Once you build the PC for someone, or you make a repair, the client is gone until the next time they need a new PC or they need another repair,” noted Chan, pointing out that this was an important lesson he had learned regarding commerce. 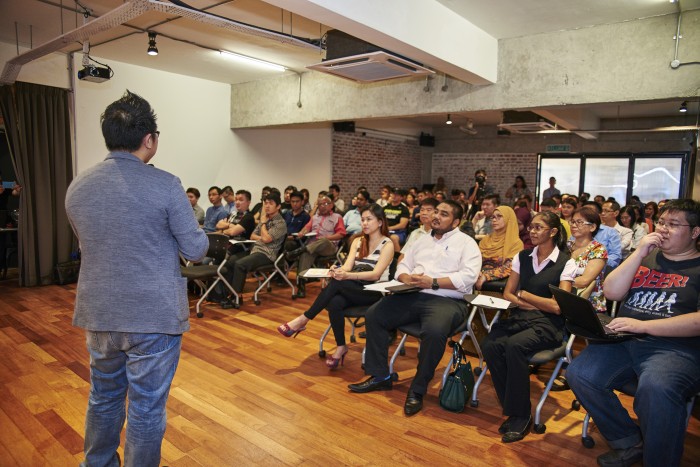 That was when he discovered the world of web hosting, and started web hosting as a reseller for a company based in the United States in 2001.

Starting off as HOSTkaki to lend a local flavour to the company before renaming it to Exabytes.com, he noted that the concept that internet-based businesses can function in a borderless manner was proven.

“It came to a point where I had to make a choice to either give up my studies, or give up my business. I managed to convince my parents that the university will always be there, and I had the option of going back to complete my studies should my business fail.

“However, if I were to leave my business and study for four years, then come back to it, I would basically have to start from scratch,” said Chan, adding that he was thankful his parents had understood.

“I may have stopped studying, but I have never stopped learning,” said Chan, stressing the importance of continuing to learn and adapt when entering the realm of e-commerce.