Amazon regional manager Mavis Chuah spoke about the large market that was available to local merchants, utilising the group’s biggest market of the United States as an example. 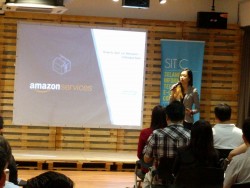 “Amazon has 278 million active subscribers worldwide, with ‘active subscriber’ described as someone who has bought something from Amazon in the past 12 months,” said Chuah (pictured), pointing out that the US was a major marketplace that would definitely benefit local merchants, and not only because of the currency exchange rate.

According to Chuah, to help merchants be able to tap international markets, Amazon is offering a service called Fulfillment By Amazon (FBA), which has 109 centres worldwide, and allows merchants utilising the service to scale from single product shipping to shipping high volumes, with inventory, packaging, shipping, and customer service handled by Amazon for a nominal fee.

PanPages product  trainer Chin Je Mein pointed out to the attendees that their “target market had gone mobile, and so should they”, adding that mobile penetration was relatively quick compared to the television and the radio, as well as the fact that Malaysians spent 50% of their week online.

“If someone runs a search on your product, you of course want to be on the first page of the search results. If you are not there, whoever is there would be the one getting the customer, instead of you,” noted Chin. 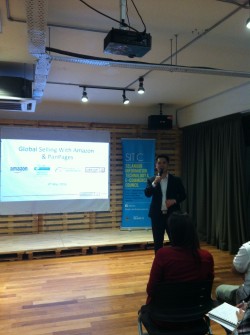 To aid e-commerce merchants in being found, Chin offered three services, namely Google Ads, which allows merchants to perform a simple four-step plan of getting online, pushing the link of the merchant’s website to the top of the results page, offering mobile compatibility, as well as allowing merchants to monitor the returns of their investment.

Chin also pointed out Alibaba’s Gold Supplier membership, which allows the merchant to showcase their products in the aptly-named “Showcase” portion of the main site, allowing boosted visibility. At the same time, the membership status would also allow merchants to monitor the global market, and how their product fares in it.

PanPages also offers its own similar service, allowing merchants to get an instant website that would allow editing at will, which also promises to be search engine optimisation friendly, mobile-optimised, and allow content integration and live updates.

This, according to Chin, was step one, going online. Step two was to get found, with distributing to multiple platforms an option that was suggested.

Chin also reminded merchants of the importance of providing fresh content, and actively and quickly engaging and responding to inquiries. 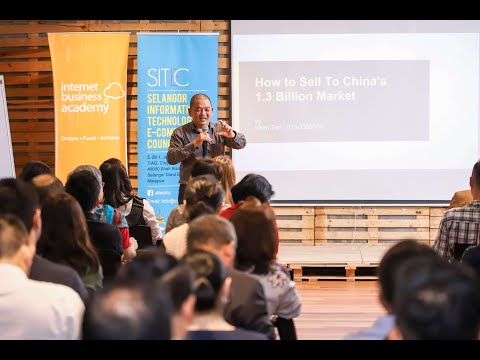