Malaysian-based cosmetics and skincare online merchant Hermo will now be available to Singaporeans, with a dedicated team and warehouse in Singapore.

According to Today Online, Hermo promises over 500 Korean, Japanese and Taiwanese beauty brands as choices to its customers in Singapore, including brands that were previously unavailable, or have yet to be released in Singapore. 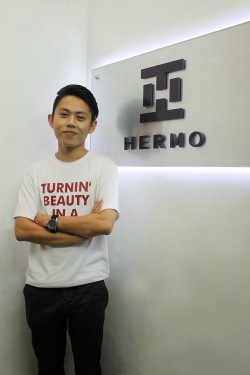 Hermo also promises prices below those of retailers, as well as a “no-questions-asked” refund policy for buyers who shop with the site.

“By maintaining direct relationships with its Korean suppliers, there is an assurance of authenticity that many other marketplaces cannot offer,” said Hermo in a press release.

“Most cosmetics purchases in Southeast Asia are still made in brick-and-mortar stores, but I believe more shoppers will start buying makeup online because they can find better prices, a wider selection of products, and user feedback,” says Ian Chua (pictured), CEO and co-founder of Hermo.

Hermo was launched in 2013 in Malaysia, and has since gathered a base of more than 250,000 users. According to Hermo, they process 2,000 orders per day and generate RM4 million in revenue per month. Last year, it managed to raise over US$2 million from Gobi Partners, Crystal Horse Investments and angel investors, which will aid its expansion in Southeast Asia.